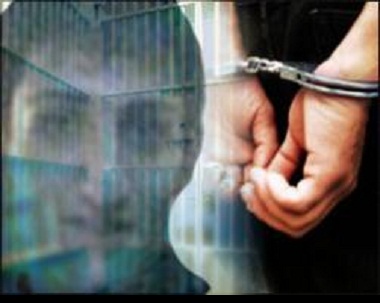 HRANA News Agency – Ebrahim Firouzi the Christian citizen from Tehran was arrested on March 7th of 2013 by security forces.

According to a report by Human Rights Activists News Agency (HRANA) quoted from Mohabbat News, Ebrahim Firouzi who is 28 years old and converted christian, was disappeared for a few days and his family and friends had no news about his condition. Their worries increased while following ups and asking several times from friends and relatives had no result just they found that Ebrahim was arrested by some plainclothes agents when he was on his way to his job.

After haunting to emergency of hospitals and police stations the family of this Christian citizen found out that their offspring arrested by security forces and finally his father was able to visit Ebrahim for a bit in Rebat Karim prosecutors’ office in prison clothes and with trimmed hair.

Despite of family following ups there were no given reason to them about the reason of Ebrahim’s detention but one of the officials in Rebat Karim prosecutors’ office said to Ebrahim’s father that he was arrested in relation with the arrested converted christians in relation to last christmas.

In the last christmas celebration on December 27th of 2012 more than 50 converted christians were arrested by plainclothes security forces and among the arrested there was the Arminian-Iranian christian priest, Vervir Avansian. This priest was in detention in Evin detention center for 15 days and been interrogated in critical health conditions who finally was released temporary on January 10th of 2013 by providing more than 150 million tomans bail.

In 2011 Ebrahim Firouzi’s dossier was processed in branch 102 of Robat Karim revolutionary court and sentenced to 10 months imprisonment on charge of propaganda against regime, insulting on Islamic sacraments and acting against national security according to Islamic punishment law article No. 500; Also when he transferred to the police station in Robat Karim from the revolutionary court in purpose of the imprisonment verdict enforcement, he was beaten hardly by one of the police officers.

Ebrahim was trialed in an unfair space without access to lawyer because of his financial problems.

It should be mentioned, he has a suspended three-year-in-prison verdict and it can be active again.