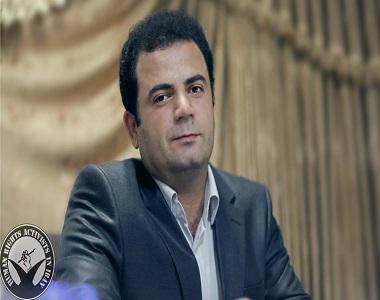 HRANA News Agency – Faegh Chireh, civil activist, was summoned by the Intelligence Office in Mahabad, and his sentence of two years imprisonment was communicated to him.
According to the report of Human Rights Activists News Agency in Iran (HRANA), Faegh Chireh, was tried by Branch 2 of the Revolutionary Court in Mahabad city, on charges of propaganda against the regime and disturbing public opinion, on 18th May 2015.
According to a person close to this civil activist, one of his charges evidence is participating in demonstrations by people of Mahabad in support of Kobani.
This resident of Mahabad was arrested by the Ministry of Intelligence officers, on 24th February, and was imprisoned in the intelligence office prison in Ormia and after 50 days and by the end of his interrogation, he was released temporarily on a bail of 200 million Tomans.
Faegh Chehreh is married and has two children and is active in the field of computers and Internet. This civil activist has been told that he had to introduce himself to Mahabad prison to serve his imprisonment sentence within 20 days.