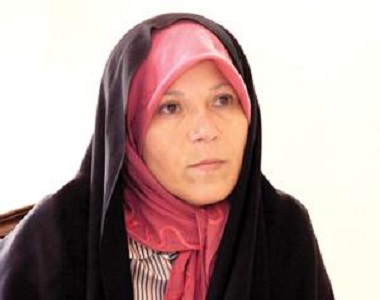 HRANA News Agency – Faeze Hashemi is going to be tried in the branch 15 of the revolutionary court of Tehran on August 7, 2013.

According to a report by Fars News Agency quoting from Gholam Ali Riyahi, Faeze Hashemi’s lawyer, she is going to be tried in the branch 15 of the revolutionary court of Tehran on charge of disturbing the order of the prison when she was serving her 6 months imprisonment sentence in Evin prison.

Faeze Hashemi had been sentenced to 6 months of prison and 5 years on prevention from any political, cultural and media activity on charge of propaganda against the regime in 2011 and went to prison to serve this verdict on September 22, 2012.

4 thoughts on “Faeze Hashemi will be tried again”