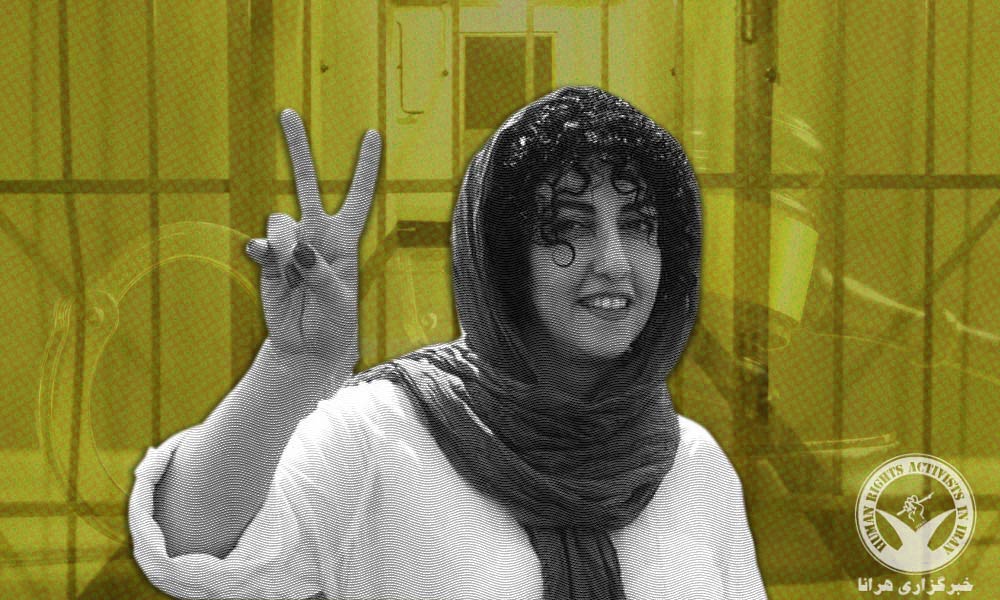 On February 20, Taghi Rahmani, husband of Narges Mohammadi, was informed that Branch 26 of Tehran’s Revolutionary Court issued their definitive verdict of eight years imprisonment, 74 lashes and other social deprivations against his wife. From her eight year sentence, Mohammadi will be imprisoned in exile for two years.

According to HRANA, the news agency of Human Rights Activists, Mohammadi is a human rights activist and spokesperson of the Defenders of Human Rights Center. Rahmani commented to HRANA that following Mohammadi’s refusal to request for appeal, the initial verdict was upheld definitively.

In recent days, she was hospitalized for a few days due to respiratory problems and then sent back to jail.

On December 29, 2021, security agents raided and searched her house and confiscated some of her personal belongings.

She has already faced other arrests and convictions and was imprisoned from May 5, 2015, until October of last year, Mohammadi was imprisoned.

In January of this year, she was transferred from Ward 209 of Evin Prison to Qarchak Prison in Varamin City.