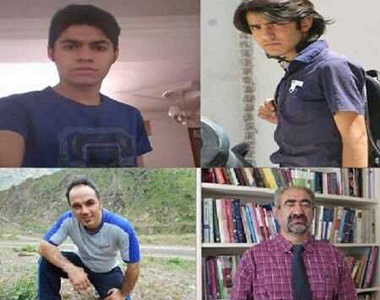 HRANA News Agency – Sina Hasani, Ata Karimi, Gholam Gholizadeh and Ali Azizi are for civil rights activists who have been released on the bail, in Uremia.
According to the report of Human Rights Activists News Agency (HRANA), Sina Hasani and Ata Karimi have been released on Monday June 15, and Ali Azizi and Gholam Gholizadeh were released on Thursday June 11.
These activists were arrested by IRGC of Uremia, for their peaceful activities.
Their arrest was along with investigation of their houses. Still there is no information regarding the reason of their arrest and charges against them. It is said that their case is sent to branch number 6 of the revolutionary court of Uremia.