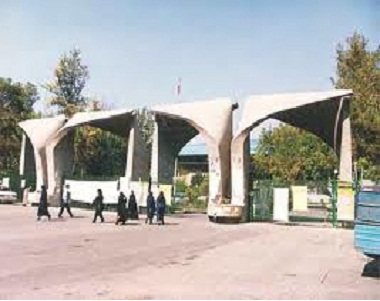 HRANA News Agency – On March 8th of 2013 some unknown men broke the windows of Chamran girls dormitory of Tehran university.

According to the report of Daneshjoonews, this happens after the protest of the students in front of the dormitory right after issuing the new rule as students are not allowed to enter the dorm after 9:30 P.M. .

After the protest some unknown men entered the area and broke the dormitory windows to stop the protest.

Due to received reports, until midnight there were riot and set-to between students and dormitory authorities.

The objecting students were treated badly by the security of university and the police car which entered the area to stop the protest had to leave because of resistance of the students.

Also according to the reports all securities and personals of the university were called to stop the protest which they could not do it in the beginning. Finally with cooperation of additional forces from literature faculty the students were beaten, insulted and forced to go back inside the dormitory.

The students did not stop their protest even when they were forced to go inside, chanted and thrown out snow to the university security force until midnight.

The new rule which is preventing the students to enter the dormitory after 9:30 P.M. were canceled after the protest and resistance of the students.

In the past years in March 8 anniversary the similar problems occur to intimidate and threat the girls student as well.