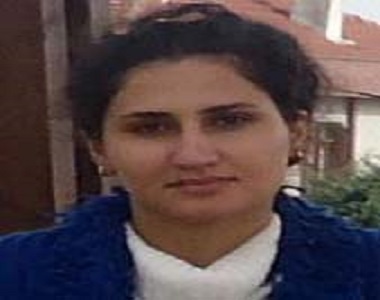 HRANA News Agency – On June 18, 2013 Gita Rezaie Zeinalani was arrested by security agents in Ashrafi Esfahani airport of Kermanshah while she was going to get in into the airplane to Tehran and was transferred to an unknown location.

Naghi Mahmoudi said to HRANA “The same night the agents inspected her house and confiscated her computer and her personal belongings.”

“Right after forming a complaint by Gita’s family in Kermanshah court, on Sunday Gita’s brother was summoned by Kermanshah Intelligence office and threatened that following ups and spreading the news of arresting will result more arrests of Gita’s family members.”, This lawyer added.

Gita Rezaie Zeinalani is a software expert and was working in an immigration company.

Till now her family has no news of Gita’s health and mental condition, and she informed her family by a short call on Wednesday that she is OK.

8 thoughts on “Gita Rezaie was arrested in Kermanshah airport”