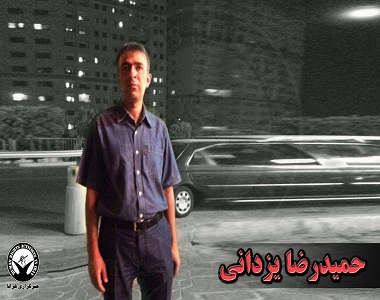 HRANA News Agency – Hamidreza Yazdani, political prisoner, was released from prison on parole.
According to the report of Human Rights Activists News Agency (HRANA), on September 10, Hamidreza Yazdani, political prisoner of ward number 8 of Evin prison, was released on parole.
Hamidreza Yazdani was for the first time arrested on December 27, 2011 for whistleblowing a high secrete letter from supreme leader’s office, regarding a mandate that the Imam affix needed to be added to the name of the leader, and imprisoned.
He was released after few months on the bail of 5000 million IRRs. He was then tried by judge Salavati and charged with insulting the supreme leader, collusion against national security and disclosure of tope secret documents, and sentenced to 5 years and half in prison.