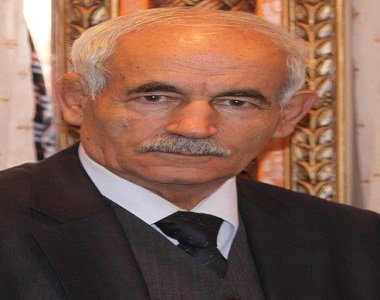 HRANA News Agency – Hassan Damirchi (Azerbaijani music master) was arrested by the police and taken to an unknown place on November 4th.
According to the report of Human Rights Activists News Agency (HRANA), the reason of the arrest is the six month imprisonment sentence which was already issued by the branch 3 of the revolutionary court of Tabriz.
Hamid Bagher Pour, chairman of the Third Branch of the Revolutionary Court in Tabriz said: documents such as tribal meetings at home and abroad, collecting donations without obtaining permission, theaching music and secret classes without permission, having relationship with ethnic separatist elements within and outside the country and meeting the ethnic prisoners who were released, with the purpose of admiration of their thoughts towards separatism, were the basis of the verdict.
The case was sent to the appeal court of East Azerbaijan province but exact sentence by the Court of Appeals, was confirmed.

It is to mention that professor Hassan Damirchi was arrested and convicted for his civil activities many times.

Also he was arrested and sentenced to 1 year in prison in 2006 at Azerbaijanis protest against the caricature published in Iran newspaper.