For several consecutive days, a number of workers at the Haft-Tappeh Sugarcane Agro-Industry Company assembled to ask to returnto work and for modifications in their contract.

In a continuation of their protest , the workers of the Haft-Tappeh Sugarcane Agro-Industry Company assembled in front of the governorate building in Shush City.

A group of people with disabilities held protests in three cities. They assembled before the building of the Plan and Budget Organization in Tehran and in front of the governorate building in the cities of Saqqez and Mashhad.

These citizens asked for minimum wage disability benefits in accordance with Article 27 of the National Law on the Protection of the Rights of Persons with Disabilities.

Dozens of workers at copper mining companies in Sungun Varzeqan City went on a strike for the fifth consecutive day. They assembled and marched on the perimeter of the workplace. Their demands include closing the disparity in wages, addressing contract issues and implementation of a “Job Classification Plan”.

A number of workers at the petrochemical company Makran in Chabahar City went on a strike to protest against delayed wages and benefits. As one of the workers said, the contractor of the Urea and Ammonia Company Sina has not paid their wages under the pretext of a delay in payroll checks from the CEO. The workers said that they can hardly afford their livelihoods and are fed up with empty promises from the company.

A group of seasonal workers at the Haft-Tappeh Sugarcane Agro-Industry Company protested in three separate assemblies. One group gathered in front of Kaab Amir, the parliament member of Shush City Kaab Amir, another in front of the governorate building, and a third in front of the building of the Ministry of Cooperatives, Labour, and Social Welfare. They asked for a return to work and better job contracts. 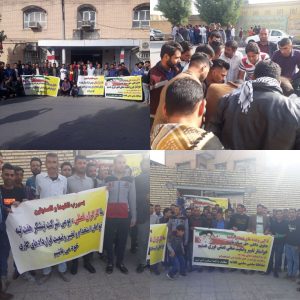 Victims of frauds by the trading company Sekkeh Samen assembled in front of the Justice building in Tehran to protest against a delay and other shortcomings in the conviction of the company.

Retirees of the steel company Fulad assembled in Tehran, Isfahan and Ahvaz before the buildings of the company’s Retirement Association. They asked for raises in their pensions, as well as removing disparities in pensions.

Personnel of cooperatives in charge of managing Edalat stock assembled and protested against delayed payments and uncertainty in their job.

One of the protesters said: “We are about 700 people who, after 15 years working in 352 offices of this cooperative, have not had any official contract. Moreover, we can hardly afford our livelihoods due to 44 months of unpaid wages”.

Shareholders of several housing cooperatives assembled and protested on the side of the road connecting Tehran to Karaj. Complaints included the unfair allocation of land, as well as some shareholders not receiving a house, even after 37 years.

Personnel of cooperatives in charge of managing Edalat stock assembled in front of the building of the deputy minister of Cooperatives, Labour, and Social Welfare and protested against delayed payments and a lack of job security. 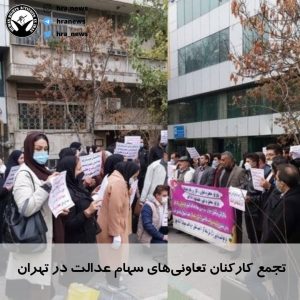 The retirees of the Social Security Organization assembled in front of organization’s building in Ahvaz City. They asked for better health insurance coverage and an increase in the end-of-year benefits. 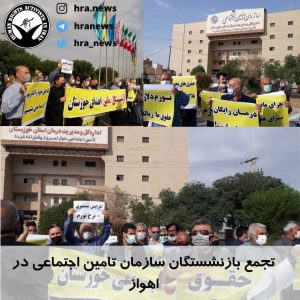 Personnel of the petrochemical company Farabi assembled in front of the company security building to ask for the implementation of “Job Classification Plan”. They also protested about the reduction in wages that stemmed from a  decrease in overtime works and working hours at holidays.

In Kerman, a group of residents from the southern parts of the province assembled in front of the entrance of the water tunnel carrying water from Halil River to Kerman. They claimed that this water transfer project would bring about water shortages in their region. Protestors set up tents and tried to prevent tunnel drilling. In response, the project contractor maintained that they have obtained all required permits and the project will go on. 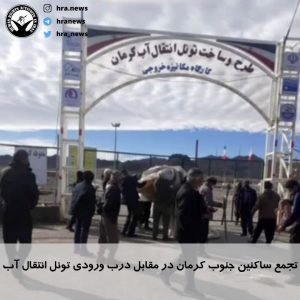 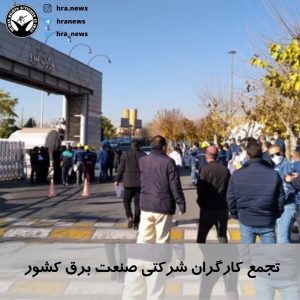 A group of students from the University of Medical Sciences of Shahrekord assembled at the campus to ask for their demands.

A number of seasonal workers at the Haft-Tappeh Sugarcane Agro-Industry Company assembled in front of the Governorate building in Shush City. They asked for official contracts with the company rather than employment as contractors. 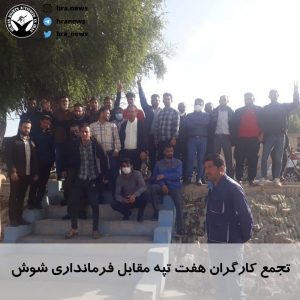 A number of citizens who have purchased pieces of land from the government assembled in front of the building of the Ministry of Cooperatives, Labour, and Social Welfare in Umria City. Reportedly, after 30 years, the legal issues of their properties have not yet been settled.

A group of farmers in Abadeh County in Farsi Province assembled in front of the governorate building to protest against the closure of their water wells.

A number of the workers of the Ahvaz Water and Wastewater Company assembled before the company building to protest against the recent company merger with its counterparts in rural areas. According to these protesters, the company can hardly afford to pay salaries due to the cost of the 500 additional personnel that accompanied the merger. Reportedly, the company is four months behind on payments. 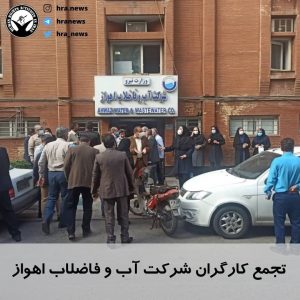 A group of workers of the Ilam Petrochemical Company assembled before the governorate building to protest against the layoff of 60 workers. Despite a direct order by the president, the company did not let these fired workers return to work. 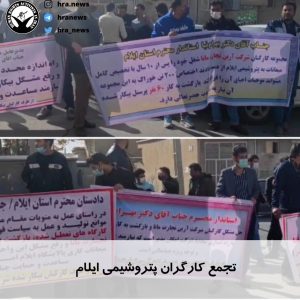 A group of educators and teachers in Qom Province assembled before the building of the Ministry of Education. These teachers demanded the implementation of a plan, which has already been enacted by parliament, whereby teachers’ income will be raised in accordance with a ranking 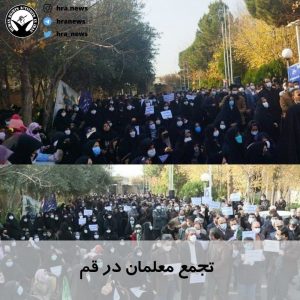 A group of contracted teachers and educators in Isfahan city assembled in front of the Ministry of Education to protest against low wages, the pay gap and other issues.

A group of retailers from a Friday market in Yasuj City assembled and protested in front of the governorate building. They claim that they cannot afford to move the market to somewhere else, as was requested by authorities. 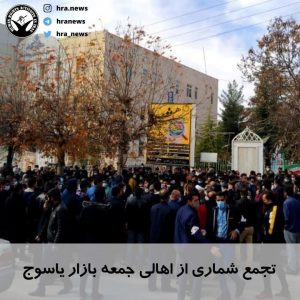