On Saturday, June 25, 2022, five protests and one worker strike took place in Iran. Read our review below for details, photos, and videos from these demonstrations:

A group of workers of the Tehran Darugar Company held a protest against a three-month delay in payments. According to these workers, the employer’s claim that the raw materials are in short supply is baseless and ingredients of shampoo and detergent are available on the market. 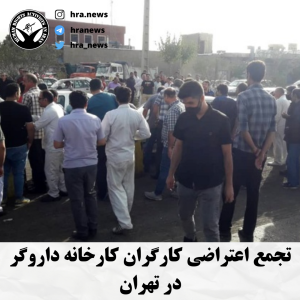 The workers and personnel of the Railway Services and Technical Construction Engineering Company Rezwan Dorud gathered and protested in a railway station in Zarand City, Yazd Province, to ask for levelling up wages. 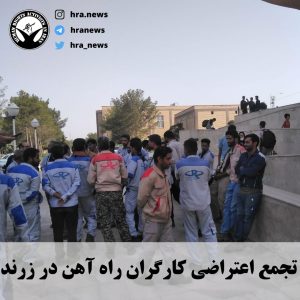 A group of pensioners of the Social Security Organization gathered before the Governor’s office in Ahvaz to ask for their demands.

A number of workers of Azarpark Company gathered in front of this company office in Tabriz to protest against a three months delay in wages and the company’s decision not to raise the wages.

A number of residents of Zahedan gathered before the National Iranian Oil Company to protest against the revocation of their fuel ration cards.

The scaffold workers of the contractor company Salahshur working in the oil industry went on strike to ask for increasing wages and a shift work schedule with 20 days working followed by 10 days off.