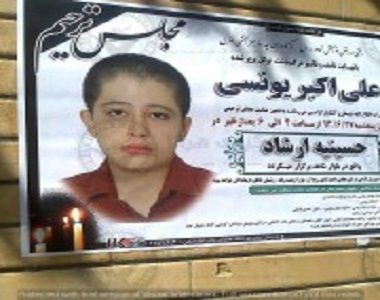 According to the report of Human Rights Activists News Agency (HRANA), Aliakbar Younesi the 12 year old boy and the resident of Etemadiyeh boulevard of Hamedan, tried to mimic the execution by curiosity, while he was alone at home, and hanged himself by belt from chimney and died on Wednesday September 17.

This tragic accident that is performed by imitation of public execution of criminals in Iran has been confirmed in forensic of Hamedan.

The child’s death has made the families and neighbors very sad and concerned. Although, imitation of execution had some victims previously, the topic that human rights activists are pointing as example of reproduction of violence in society.

Recently, two prisoners were hanged in public, with a very general and ambiguous charge of being mob, on September 10.