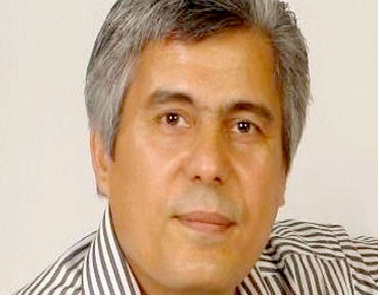 HRANA News Agency – Behnam Irani the converted christian who is imprisoned in Karaj prison has serious critical health condition and the prison officials did not do anything to improve his health condition.

According to a report by Human Rights Activists News Agency (HRANA), Behnam Irani the converted christian who imprisoned in ward 2 the hall 7 of Karaj prison has suffered from serious backache since two weeks ago and the officials did nothing about his medical treatment.
“About two weeks ago his severe backache has started which unable him to walk and he was moving to restroom every time by stretcher trolley”, One of Behnam’s relatives who wanted to be anonymous said to HRANA reporter.

“Behnam has also some other health issues as gut bleeding and severe pain on his legs except of severe backache. The doctor of prison recommended surgery for gut bleeding but prison officials asked us to cover for the surgery expenses because they told us the prison budget is limit. Despite of accepting the surgery expenses coverage by ourself still there is no news about his medical furlough and the prison officials did nothing for it. Also his leg issue remained from a accident in the past and the prison did nothing for it’s treatment”, Behnam’s relative added.

This person continued and said “In prison all the prisoners have the same story about their medical treatments and health issues and the prison clinic is relying on painkillers prescription and the treatments are not enough. For example one of Behnam’s cellmates whose name is Siamak Poorshajari has critical heart disease and doctors warned that in any moment he might face heart attack but the prison officials do nothing for his medical furlough.”

Also in the past Behnam Irani had gut bleeding for several times but the officials did not issue any medical furlough for him.

He was arrested in 2006 on charge of home-church service and worship programs at home but after months of detention he was released by bail.

On February 23rd of 2008 branch 30 of Tehran appealed was sentenced him to five years suspended imprisonment on charge of acting against national security.

On April 14th of 2010 the Etela’at forces invaded his home, beaten and arrested him.

This time the court sentenced Behnam Irani to one year imprisonment on charge of propaganda against regime and the last verdict of 5 years suspended imprisonment enforced too.