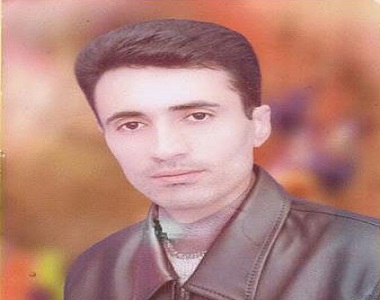 HRANA News Agency – Iraj Mohammadi, political prisoner who has been exiled to Tabriz prison and is serving his seventh, has been denied of medical treatment despite having psychiatric.

According to the report of Human Rights Activists News Agency in Iran (HRANA), Iraj Mohammadi 37, political prisoner who is serving his seventh year in exile in Tabriz Central Prison is held in inhumane conditions and without respect for the principle of separation of offenses.

The prisoner who has been transferred from Zahedan prison to Tabriz prison, is held in ward 11 which is dedicated thieves. He is forced to sleep without blankets on the cold mosaic.

Although he suffers from psychiatric disorders, he is deprived of needed medical services. The difficulty of inhuman conditions is so much that he announced that to prison officials that if their ignorance would continue he would have no choice except suicide.

An informed source, said to HRANA’s reporter: “Mr. Mohammadi was transferred from Zahedan prison to Tabriz prison on March 24, 2016. Since more than a month ago, he has been sleeping on the floor without blankets on the cold tiles. He also has stroke and suffered from mental illness, they do not give him his medicine, he is deprived of needed medical services. On the other hand he is held among thieves. His condition has reached to a point that he said: ‘I have no choice but to commit suicide.’”

The source also stressed: “The prison officials did not respond to protests and even accused him of disrupting in prison due to protests and a new case was opened for him. He called Tabriz Court and asked for investigations but he was told him not to call again.”

HRANA had reported earlier Iraj Mohammadi and Mohammad Amin Agooshi, two political prisoners in Tabriz Prison were charged with disturbing the prison order, in the court of this city, on Monday, April 18th.

It is worth mentioning, Iraj Mohammadi was arrested along with Mohammad Amin Agooshi and Ahmad Pooladkhani, on the charge of espionage, in May 2009, and finally were sentenced to ten years imprisonment in exile in April 2012.

Iraj Mohammadi along with Mohammad Amin Agooshi was transferred to Tabriz Prison on March 24, 2016 in the 7th year of imprisonment.

According to the informed sources his situation is inappropriate. Due to the harsh conditions of the prison and being kept for eight months in solitary confinement in the prison of the Revolutionary Guards in Urmia along with being beaten, and in particular because of blows to his head, he is suffering from mental illness requiring treatment and medications.

Previously, Mr. Mohammadi in Zahedan had been examined by a medical commission. The commission approved the poor health status and necessity of treatment of the prisoner.