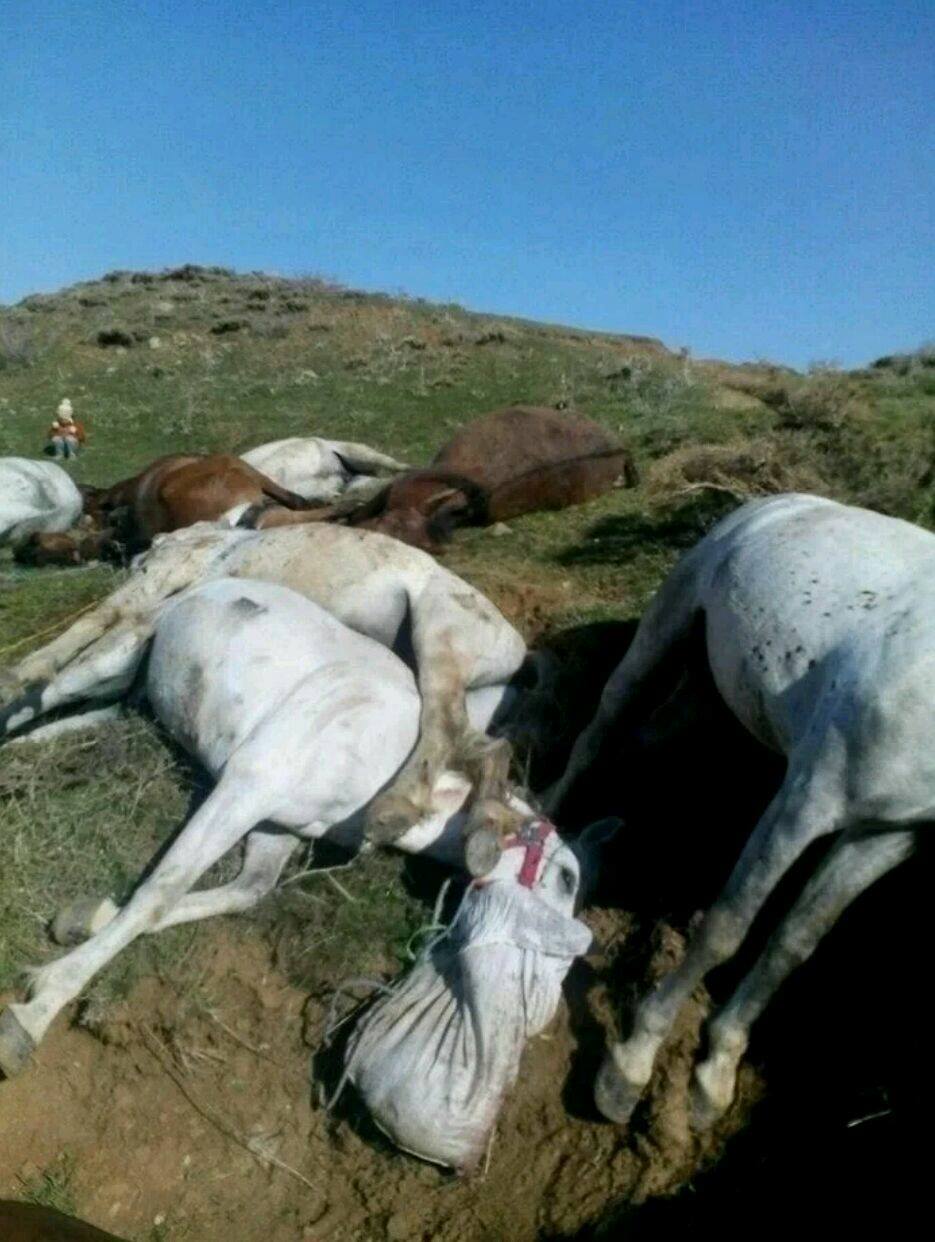 According to the Report of Human Rights Activists News Agency (HRANA), a number of Kulbars were stopped and arrested by the border guards affiliated to the IRGC in the border region of Oshnavieh. The armed forces after arresting these people shot their animals to death.

This is not the first time that the border forces kill the animals of the Kulbars collectively.

It should be noted the Kulbars (carriers) are those who are forced to carry items to earn money. The Kulbars are more in the provinces of West Azerbaijan, Kurdistan and Kermanshah. They are forced to transport the foreign items from unofficial ways.

The following is the pictures of the massacre: