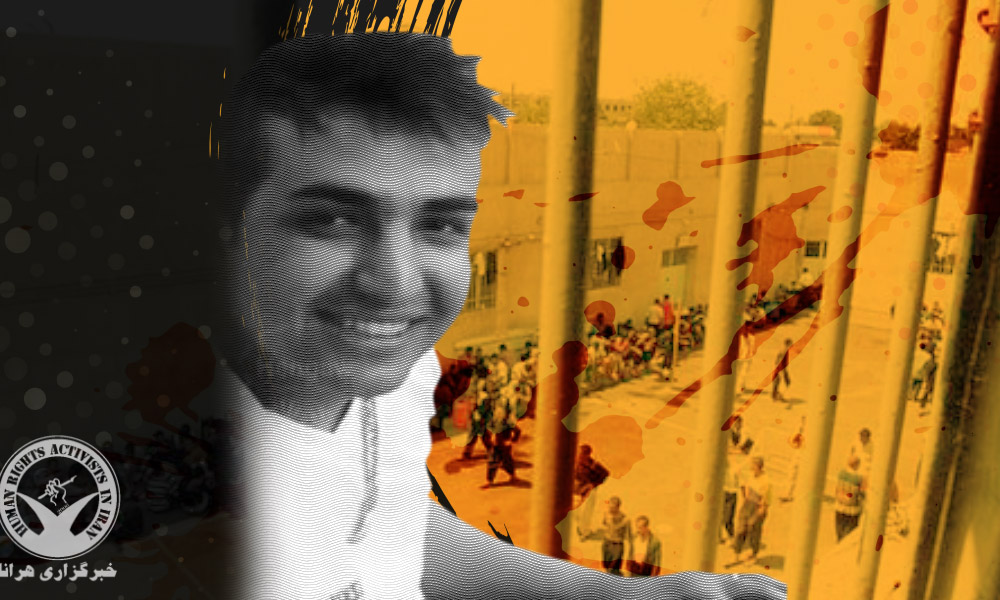 A few days after HRANA’s report on the death of Khosro Jamalifar due to being beaten by prison officers in Sanandaj Prison, in response, the Islamic Republic of Iran Broadcasting (IRIB) claimed in a report that Jamalifar fainted from a sudden headache and died in the hospital. Their statement stands at odds with reports from numerous informed sources.

To support the claim, the report published video footage of a moment when the inmate fell on the floor in his solitary confinement cell. This claim stands at odds with what informed sources reported to HRANA: that Khosro Jamalifar was beaten brutally by prison officers before being taken back to his cell, and died in prison rather than the hospital.

The IRIB also did not mention that following day, his body was buried secretly without waiting for the forensic report and delivering the body to his family. His family was also threatened into silence.

Some eyewitnesses who have seen the injuries on his head told HRANA that, contrary to IRIB’s claim, such wounds cannot be caused by a head collision with a bed frame.

On November 2, 26-year-old Khosro Jamalifar, who had previously been indicted on a murder charge and was awaiting the verdict, died from a strike to the head sustained during the beating.

According to an informed source, Jamalifar became involved in a quarrel with a fellow inmate in the quarantine section of Sanandaj. Thereafter, as an informed source told HRANA, “Prison officers began to beat him with batons which led to his death. In this incident, the failure of the prison nurse, named Abdollahi, to send (Jamalifar) to the healthcare center in a timely manner also played a role in his death.”

In the aftermath of Jamalifar’s killing, Sanandaj inmates are calling for authorities to take accountability and conduct a real investigation.

Iran’s prisons are notorious for their frequent incidents of brutality from authorities.  Acts of violence such as this one are at serious odds with the basic responsibility of prisons to provide for the safety and health of their inmates.  Institutions’ reluctance to conduct thorough investigations into acts of violence from their officials only perpetuates, and often even reinforces, a culture of abuse within Iran’s carceral system.