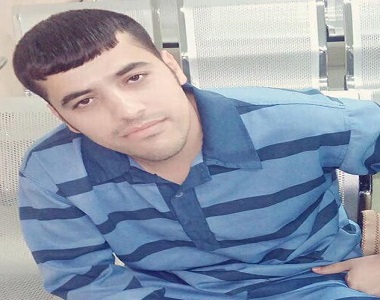 HRANA News Agency – Ali Mazraeh, political activist from Ahwaz, who was charged with acting against national security, had been sentenced to 3 years imprisonment by the preliminary court, after prosecutor’s objection and being retried by Branch 4 of Ahwaz Revolutionary Court, was sentenced to 10 years imprisonment.
According to the report of Human Rights Activists News Agency in Iran (HRANA), Ali Mazraeh, political activist from Ahwaz, was sentenced to 10 years imprisonment by Branch 4 of Ahwaz Revolutionary Court.
The verdict of 10 years imprisonment was issued while Mr. Mazraeh had been previously sentenced to 3 years imprisonment for this case.
Mr. Mazraeh was arrested by the Intelligence Office on the border of Urmia on departure from Iran on May 13, 2015. Prior to his arrest, his relatives, “Abdul Ali Mazraeh” and “Hashem Mazraeh”, were arrested on May 2 and 3, 2015.
In addition to these people, two others have been arrested in this case, too, a Kurdish citizen who was arrested at the border of Urmia along with “Ali Mazraeh” and an Ahwazi citizen named “R. Savari”, who were released on the bail during the first few months.
After several months of detention in the Intelligence detention center, Branch 4 of the Revolutionary Court of Ahwaz, under the chairmanship of Judge Shamauni, tried these three defendants’ case and issued a bail of 2500 million IRR for each of them. The family of “Ali Mazraeh” is not able to provide their children’s bail so he remains under detention but the rest have been released on the bail.
After a while, Branch 4 of the Revolutionary Court, Judge Shamauni, issued a three-year imprisonment for Ali Mazraeh, and one to two years imprisonment for the others. After appealing against the sentence, the appeals court referred the case to the branch because of the prosecutor’s objection. At that time, Judge Shamauni was dismissed because of bribary, and then in the same branch, under the chairmanship of Judge Mahmoudi, “Abdul Ali Mazraeh” and “Hashem Mazraeh” were acquitted, and “Ali Mazraeh” was sentenced to 10 years imprisonment for “acting against national security”.
Ali Mazraeh is currently in Sheiban Prison (Ahwaz training Complex) in northern Ahwaz.