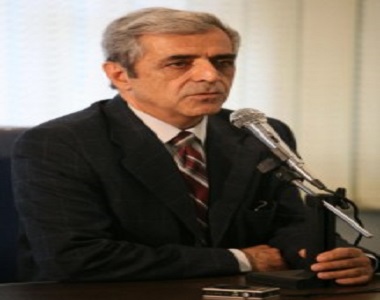 HRANA News Agency – Kourosh Zaim, member of the Central Council of the National Front, has been sentenced to 1 year imprisonment by judge Salvati.

According to the report of Human Rights Activists News Agency in Iran (HRANA), Branch 15 of the Revolutionary Court, presided by judge Salavati, has notified Mr. Zaim’s lawyer of his primitive court verdict on Saturday 1st of August.

The court hearing of this author and researcher on charge of propaganda against the regime was held by the Branch 15 of the Revolutionary Court, on 4th July.

The member of the Central Council and Executive Board of the National Front, in a short conversation with HRANA’s reporter confirmed the news and said: “My charge has been announced as propaganda against the regime, and most of the activities that have been mentioned as evidences are the projects that I had provided such as “Celebration of Iranian soldiers” and “Supporting Iranian workers” and these projects have been diagnosed as major sins.”

Kourosh Zaim is a writer, translator and member of the Central Council and the Executive Board of the National Front, who has already had a history of arrests and repeated summons to the judicial authorities.

Formerly, Branch 14 of the Tehran Islamic Revolution Court, presided by Judge Mashallah Ahmadzadeh, had sentenced Kourosh Zaim to 3 years imprisonment and 5 years ban on political and media activities for “acting against national security, propaganda against the regime” and the accumulation of arrests and prison records for the years; 1982, 2006, 2009, and 2010, in April 2012, but because of “Considering the defendant’s age”, this sentence was suspended for five years.

Several works of this writer and researcher in the fields of science, such as “Khod Amouz Sakhteman”, “Ketabdasti Riyaziat”, “Rahborde Zendehmani”, “Zist energy” and historical books such as: “Bozorgane Kashan”, “Empratori Shoravi be koja miravad?”And “Tarikhcheh Jebheye Melli az Peidayesh ta Kodataye 28 Mordad” have been released. Several literary works, including “Freedom and responsibility of intellectuals” by Karl Popper has been translated by him. Kourosh Zaim, by establishing a center of thought and speech, and with researching in the fields of economy, agriculture and industry also worked as a researcher.