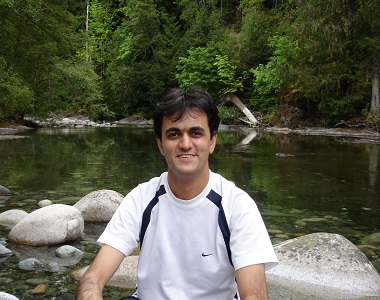 HRANA News Agency – Saeid Malekpour who has been sentenced to life time plus seven and a half years imprisonment, most recently was transferred to ward 8 of Evin prison, in the seventh years of his imprisonment.
According to the report of Human Rights Activists News Agency in Iran (HRANA), this transfer happened while he had been deprived of close visits during the last year that he was held in ward 4, due to the ward manager’s suggestion and security excuses.
Saeid Malekpour’s sister in an interview in this regard with HRANA’s reporter said: “My mother cannot attend the weekly short cabinet visits with my brother, due to her physical condition, and during the last year, the manager of ward 4 has refused to give them a close visit on the grounds that Saeid’s charges are security charges. However, by our pursue now he has been moved to ward 8, where in addition to the financial convicts there are some political prisoners and it seems that weekly close visits are going to be granted.”
This graduate student at Sharif University was arrested in October 2008 in Tehran and was alleged by the Islamic Republic of Iran’s cyber army of managing the pornography Farsi speaking websites.
Propaganda against the regime, blasphemy, insulting the Supreme Leader, insulting the president, relationship with the opposition groups and corruption on the earth, are charges that were considered for Saeid Malekpour, and he was sentenced to death and 7 and a half years imprisonment by the Islamic Revolutionary Court Branch 28. This sentence was upheld in December 2011 by the Supreme Court and was sent for execution on 16th February 2012, but with a degree of reduction it was later commuted to the life imprisonment.
Saeid Malekpour has said in a letter from the prison that from the time of arrest, for 320 days he was held in solitary confinement, incommunicado and without access to books and newspapers and only he had a Koran, a pray seal piece and a bottle of water and in all this time he was under pressure and torture. His father had died in the last days of March 2008, but he was informed about his father’s death, 40 days later in a 5-minute phone call.
Interrogators by pressure as well as telling that the film of the interviews will be used for funding “Gerdab” projects, and also by the promise of releasing him on the bail, could get him to admit a confessions in their TV, and broadcasting this interview without covering his face and during the third to seventh day after his father’s death, had a hard effect on his family.
Malekpour also said; if his case would be investigated by an expert in computers and Internet, it would lead to prove his innocence because based on the normal process of programing, he had put his name and full details on the files of this program and this program had been used without informing him in a pornographic site and as only his true name could be identified, he had been arrested on charges of setting up and administrating that website.
However, Mary Malekpour hopes that the possible opening atmosphere in Iran may lead to the freedom of his brother: “I hope that after solving all Iran’s foreign problems and recent agreement with western countries, that brought happiness for Iranian people, it provides an opportunity to solve domestic problems and will lead to the freedom of all prisoners, especially my brother, who has been held in prison over the years while innocent.”