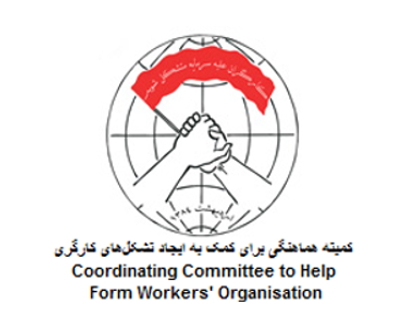 HRANA News Agency – Two labor activists Vafa Ghaderi and Ghaleb Husseini were tried by the Revolutionary Court in the city of Sanandaj, Kurdistan Province.  Ghaderi was sentenced to a year in prison.  A verdict has yet to be issued for Husseini.

According to a report by the Coordinating Committee to Create Labor Organizations, Ghaderi’s attorney received the verdict on Monday, July 1st.  Ghaderi who is a member of the committee has been charged with conspiracy against national security.

“Vafa Ghaderi’s only crime is membership in the Coordinating Committee and defending workers’ rights,” the report says.

On Sunday, June 30, 2013, another labor activist’s trial was held at the first branch of the Revolutionary Court in Sanandaj.  Ghaleb Husseini was charged with organizing labor unions and membership in parties abroad.  Judge Babaie presided over the trial which lasted one hour.  Husseini was represented by his attorney, Abbas Jamali.