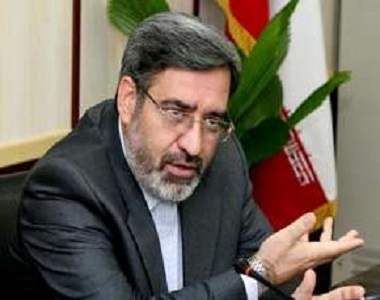 HRANA News Agency- According to official sources, at least 3,700 individuals were arrested in the protests that happened in dozens of cities in Iran. In a recent report to the President on recent events, the Interior Minister has reported that at least 300 protesters were charged in the court and are still in temporary custody.
According to the report of Human Rights Activists News Agency in Iran (HRANA), the scope of the recent protests was drawn to more than 80 cities in Iran, according to a governmental source; at least 3,700 Iranian citizens were arrested during these protests.
In a recent report to the presidency, Interior Minister, Mr. Rahmani Fazli, has said to Fars News Agency: “300 of the detainees of the recent protest are currently convicted and held in detention.”
He also described the manner of police and security forces with the protesters well and said: “According to reports from the cities and provinces, we have no student detainee related to recent events, at the present time.”
The protests began on December 28, 2017, against the increase in life expenses in Mashhad and Neyshabur and then quickly became political, and economic slogans changed to slogans against the regime and the heads of state.
In the recent protests, sometimes referred to as the “Dey protests” (December protests), a large number of people were arrested and interrogated in various cities.
During these protests, at least 25 people were killed across Iran, and according to official reports the protests were held in more than 80 cities, and about 3,700 people were arrested.
Some of the detainees were released on the bail until the court hearing, and some have been transferred to jaisl. However, there is still no detailed information on the fate or location of a number of detainees.