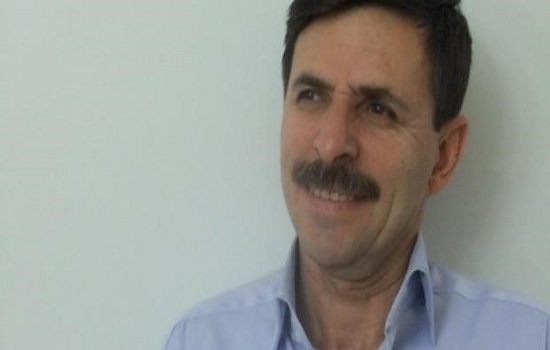 According to the report of Human Rights Activists News Agency in Iran (HRANA), Mahmoud Beheshti Langroodi, imprisoned teacher and trade unionist who is on hunger strike since 20th April, was taken to the hospital from Evin prison.

It is to say that after initial examination, it has been reported that the hunger strike has caused him stomach bleeding. Beheshti has gone on dry hunger strike since 2nd May.

Mahmoud Beheshti, previously in a letter had announced that he is determined to continue his hunger strike until achieving his legitimate demands.

According to informed sources, his wife is currently with him at the hospital.

It should be noted that the other imprisoned teacher, Ismail Abdi, is also on hunger strike since 29th April.

Mahmoud Beheshti Langroodi, former spokesman of the Teachers’ Union, who had gone on leave, after a 21-day-long hunger strike to protest the sentence of nine years in prison which had been issued without jury and in a closed court, on Thursday 14th January, was back to Evin prison as his request for an extension of the leave was refused by the prison authorities.

He was convicted to imprisonment by the Branch 15 of the Revolutionary Court presided over by Judge Salvati, more than two years ago.

Mr. Beheshti’s verdict was announced in June 2013 and at the same time he announced that in his Facebook person page: “I was informed of my sentence by Mr. Salvati. Four years imprisonment on charges of gathering, and colluding against national security, and one year on accusation of propaganda against the regime”.