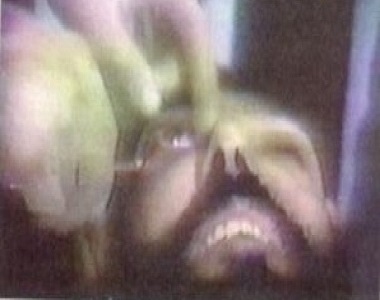 HRANA News Agency – According to Shargh newspaper, the Supreme Court has upheld the retribution sentence of a man identified as Jamshid for having caused a woman to lose her eyesight by throwing acid on her.

The Supreme Court sentenced Jamshid to gouging of an eye, cutting off his nose and his right ear lope.

Shirin, the woman who brought the retribution (Ghesas) suit against Jamshid, told the court that she and Jamshid were dating, but after a while she realized she did not like his behavior and tried to break the relationship. This was when Jamshid started to physically abuse and beat her.

Later, Jamshid was arrested and jailed for committing a different crime. After Jamshid went to prison, she met another man and they were planning to get married.

Last year ,after Jamshid was released from prison, he contacted her and requested that she meet him for one last time. During this visit Jamshid threw acid on Shirin’s face which caused disfiguration and blindness.

Jamshid told the court that he did not intend for her to lose her eyesight, and only did this to scare her, because Shirin betrayed him and was seeing another man.

After Jamshid appealed the lower court’s ruling, the case was sent to Branch 31 of the Supreme Court. That Court upheld the verdict as issued by lower court.