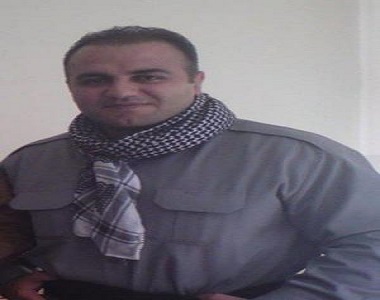 HRANA News Agency – Mansoor Arvand, political prisoner in Mahabad, has been hanged, without informing his family and the last meeting.
According to the report of Human Rights Activists News Agency in Iran (HRANA), a member of his family, confirmed this news and said that, on Wednesday 15 June, they had been told by the Miandoa’b prison that they could and collect his body for a fee.
A close relative of Mr. Arvand, told HRANA’s reporter, “Rumors were heared regarding the reduction of the death sentence, but it was never confirmed officially, and we had doubts about it. However, they executed Mansoor without informing his family and without giving them the chance of a last visit.”
Earlier, one of HRANA’s legal advisers, about the news related to the cancellation of his death sentence by the Supreme Court, had told: “The Supreme Court does not have judicial authority to reduce or cancel court verdicts, and only can consider the problem, reject an order, and send it to another branch for a judicial review.”
One of HRANA’s sources had announced the execution of a death sentence in Miandoa’b prison on 6th June. Also, on 7th June, the officers referred to Mahabad prison collected all his personal belongings that had been left in Mahabad prison, in the previous transfer, and took them to an unknown location. It seems that it was at the same time of Mr. Arvand’s execution, but his family has been informed with a delay.
One of the relatives of this political prisoner had told HRANA’s reporter, on that date, “Since a few days ago his contacts have been cut and he has been transferred from Miandoa’b prison. His family and his lawyer have gone everywhere, but they have got no answer, also his family was told by Intelligence Office in Ormia: ‘do not look for Mansoor’, and it has made them very concerned.”
On 10th May, this prisoner, unexpectedly and suddenly, was transferred from Mahabad prison to an unknown location and then he was exiled to the prison of Miandoa’b. His transfer to Miandoa’b prison, created this hope that his death sentence has been reduced to life imprisonment and exile. But with multiple transfer and ignorance, the status of his case was again uncertain.
Mansoor Arvand was arrested at his home in June 2011 and by the Revolutionary Court, Branch 1, in Mahabad, charged with waging war against God and cooperation with the Kurdish parties was sentenced to death, he never accepted the charges.