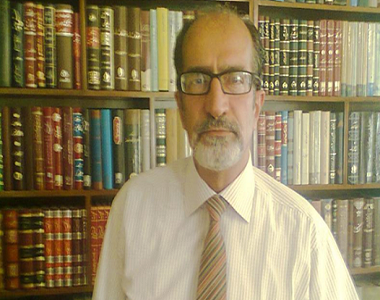 HRANA News Agency – Mohammad Reza Poorshajari has been transferred to solitary confinement after starting hunger strike to protest against his suspended condition, new allege and re-arrest.
According to the report of Human Rights Activists News Agency in Iran (HRANA), “Mohammadreza Poorshajari” author of “report to Iran” blog, under “Siamak Mehr” alias, who has gone on hunger strike since 7th of February was transferred to solitary confinement in Central Prison of Karaj.
One of the prisoners of this prison told HRANA’s reporter, through a phone call: “Mr Poorshajri was called to the Guards’ office, at 7 pm, and they transferred him to solitary confinement.”
This political prisoner was released from prison on 23rd of August after 4 years imprisonment with charges of “propaganda against the regime”, “insulting the Supreme Leader” and “blasphemy” through his writings in his personal blog. But, just 38 days after being released, on 30th September, Intelligence agents arrested him in Urmia city.
This political prisoner, have had 2 heart attacks in his previous four years imprisonment and has been affected by many diseases like prostate gland swelling, high blood sugar and kidney stones.