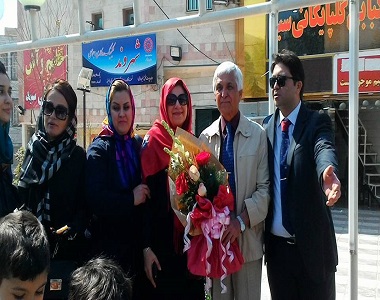 HRANA News Agency – Mohammad Saifzadeh, imprisoned lawyer and human rights activists, was released from Rajaei Shahr Prison of Karaj after applying integration of sentences and serving his sentence.
According to the report of Human Rights Activists News Agency (HRANA), Mohammad Saifzadeh, member of Human Rights Activists Association, was sentenced to 6 years in prison in two different cases. After applying article 134 and integration of the sentences, his sentence was finished and he was released.
This human rights activist was sentenced to 9 years in prison and 10 years deprivation from working as lawyer, in two different cases on charge of actions against the national security by founding Human Rights Activists Association in November 2010. This sentence was reduced to two years by branch number 54 of Tehran’s court of appeal, in July 2011.
Saifzadeh was in prison when the court announced his sentence, because he was arrested in April 2011 by the security forces in Uremia, on charge of illegal departure of the country and actions against the national security, and after two months interrogations he was transferred to Evin prison. He was kept in solitary confinement about one month.
This imprisoned lawyer was transferred to Rajaei Shahr prison on January 24, 2013. He was sentenced to 6 years in prison by judge Salavati during his imprisonment period.
His two-years-imprisonment sentence from his first case ended in March 2013.