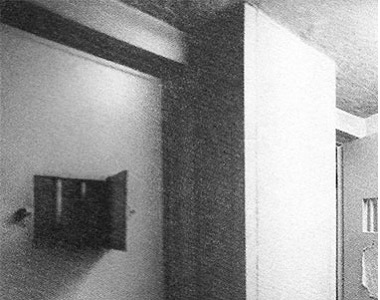 HRANA News Agency – Five citizens who were arrested on February 18, 2013 are under pressure in section 209 of Evin prison.
According to a report by Human Rights Activists News Agency (HRANA), these 5 were arrested on February 18, 2013 at 6:30 p.m. in their homes in Tehran.
These 5 citizens are “Akram Alsadat Sanjari” with her 17 years old son “Milad Yazdan Nejad” (who are the mother and brother of “Misagh Yazdan Nejad” the political prisoner in Rajai Shahr prsion of Karaj), “Asef Rezaiyan” and “Dina Karimi Rahjerdi” with her 20 years old son “Hanif Attarzadeh.”
Among them “Akram Alsadat Sanjari” is under the pressure of intelligence agents to have a television interview. She has been threatened to death sentence because of her resistance.
Akram Alsadat Sanjari was arrested once before,too. She is the mother of “Misagh Yazan Nejad” who is charged to Moharebeh and serving his 14 years sentence of prison in Rajai Shahr prison of Karaj.
“Dina Karimi Rahjerdi” was also arrested on November 19, 2012 by the intelligence agents and released on the bail.
She is one of the political prisoners of 1980s and 3 of her brothers have been executed in 1988 charged with supporting MEK.