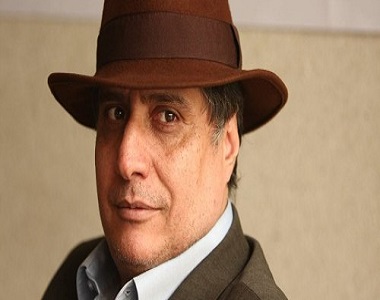 HRANA News Agency – Mostafa Azizi, imprisoned Writer and Producer at ward 8 of Evin Prison, has been stricken by a viral disease; and despite visiting the prison doctor, his condition has been neglected.
According to the report of Human Rights Activists News Agency (HRANA), Mostafa Azizi has been hardly stricken by flue and infection at Ward 8 of Evin prison, and despite his visit to the prison doctor there hasn’t been any treatment and he has been sent back to the Ward.
Prison authorities have refused to supply or deliver Mr. Azizi’s special medication for his asthma, shortness of breath and other physical conditions to him.
According to HRANA’s sources, Ward 8 of Evin Prison lacks proper heating system, therefore inmates are at higher risk of common colds and viral diseases.
On 1st February 2015, Mostafa Azizi, well-known TV writer and producer, was arrested and transferred to solitary confinements of Ward 2A of Evin Prison. And in early January, after spending 33 days in ward 2A under supervision of the Revolutionary Guards, Mostafa Azizi was transferred to hall 7 of ward 8 of Evin Prison. Mr. Azizi is a Canadian resident who had travelled to Iran to visit his family, and he has been arrested a month after his return to Iran.
Mostafa Azizi’s initial trial at branch number 15 of the revolutionary court presided by Judge Abolghasem Salavati under charges of “gathering and colluding against national security”, “propaganda against the regime in cyber space” and “insulting the supreme leader” has sentenced him to 8 years in prison. The prison sentence was officially communicated to him on 8th June at Evin Prison.
Mr. Azizi’s appeal court was held on 20th September 2015 at branch number 54 of Tehran’s appeal court presided by judge Babai, however the verdict hasn’t been released yet.
The examining magistrate, first trial and the appeal court, despite repeated requests and without presenting any specific reason have refused to let Mostafa Azizi out of detention on a bail.
Mostafa Azizi is a former Writer and Producer of Iranian TV shows and series. The Examples of some of his popular works are Talash game show, Mosafer and Rahe Bi Payan TV series which have been produced and aired in 90s and early 2000s.
Azizi is a Member of international animated film association (ASIFA) and has been CEO of Iran’s ASIFA for four years.
PEN International and PEN Canada have called and petitioned for immediate and unconditional release of this prisoner.
Mr. Azizi is currently in the 12th month of his detention at ward 8 of Evin Prison, awaiting his freedom on a bail and the verdict of the appeal court.