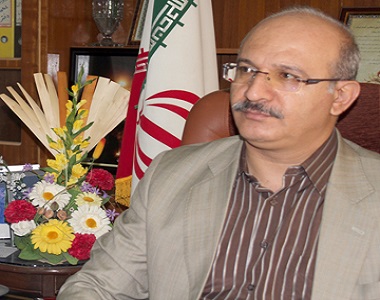 HRANA News Agency – Mayor of Behbahan announced that a number of city council workers are on strike because of being unpaid for months.

“Because of blockage of council accounts, the workers’ wages has not been paid and they ask at least two months’ salary to stop the strike and go back to work.” Aghamiri said to Mehr.

He said: “Since I have been the mayor, 8 months wages of day laborers and 4 month salaries of permanent workers have been back paid but still they are creditors.”

He mentioned that these problems are all because of blockage of accounts which is due to things happened in past.

He emphasized that strike is not the solution and workers should send representatives to negotiate over this concern.

Stating that demands are the absolute right of workers, the mayor of Behbahan said: “workers can be paid 500000 Tomans ($150) and after mourning rituals we have more time to go through this.”

He mentioned: “The best decision was to negotiate rather than going on strike, because workers’ salaries have been paid since I have been the mayor and all documents are available.”

Regarding the cause of these problems, Mayor of Behbahan said: “Since 1390(2011) 3.5 bilions Tomans has been gradually withdrawn from the value added accounts of the council which has been because of preceding managers’ debts.”

Aghamiri said: “The debt was because of unsuccessful plans which led to blockage of council accounts following complaints of land owners.”

He declared that everybody knows who the main culprit is but there is no prosecution.

He also pointed out that some lands which could be used for collaborative projects do not belong to council anymore because of verdicts against the council.

Mayor of Behbahan claimed that many organizations are debtor to council and if they pay their debts, part of problems will be solved out.

He said: “The only current income of council is the council tax which is not enough for the expenses and a permanent income requires more plan and time and cannot be done overnight.”