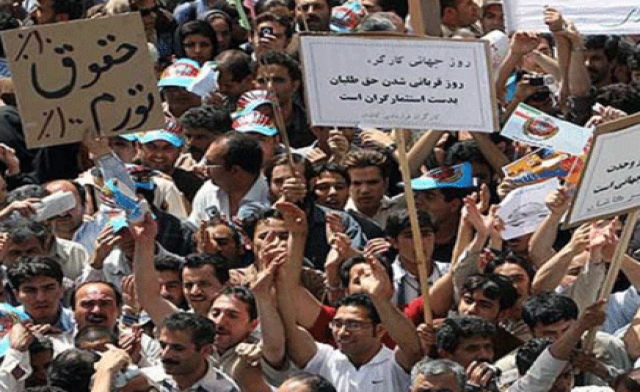 HRANA News Agency – The workers forum of Qazvin published an open letter to Ali Rabei -Minister of Cooperatives, Labor and Social Welfare – at his first visit to Qazvin province.

Ilna reports that the workers forum of Qazvin in this letter mentioned that Qazvin, which is an industrial area, have 3200 industrial unit but (in the most optimistic way), 50% of them are already closed down or about to close and half of them are working under their production capacity.

Another part of this letter states that workers forums are not in a good situation and the number of labor councils has shrunk from 164 to 40. Representatives are chosen by managers rather than workers’ vote and temporary work agreements and non-stable working positions prohibit workers from asking about their right to vote and choose their representatives.

It is indicated in this letter that a large number of workers of textile factories are demanding their unpaid wages of 3 to 30 months.

Also, the letter points at unknown future of pensioners of difficult and hazardous jobs and lack of supportive laws for them and declares  that the industry modernization act  has not been enforced yet because of outlaw instructions getting issued each time.