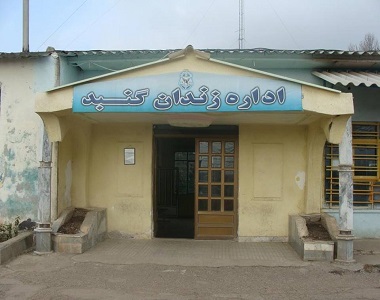 HRANA News Agnecy – Gonbad-e Kavus Prison is one of the prisons often used by State Prison, Security and Corrective Measures Organisations to banish political or non-political prisoners. At the moment, this prison is home to 5 political prisoners whom are kept under the worst living condition.
According to the report of Human Rights Activists News Agency (HRANA), Gonbad-e Kavus Prison which is one of the worst exile prisons is home to prisoners from Kudistan, Kerman, Zanjan and etc.  Introducing this prison is important due to the fact that several banished prisoners are kept at this prison.
Gonabad Prison is divided into 5 sections:
1-     Quarantine Ward which is used for keeping new prisoners.
2-      Advisory Ward one which is used for prisoners with less than five years sentences.
3-     Advisory Ward three which is used for prisoners with long sentences or those charged with homicide.
4-     Open vote Ward which is used for short sentenced prisoners who receive holiday leave in return for work.
5-     Females Ward

Gonbad-e Kavus Advisory Ward one is made from three big halls which have no rooms. There are rows of beds in these halls for prisoners which also forms dividers between groups of prisoners.
240 prisoners are living in second hall of Advisory Ward one. Shower room for this hall is not open at all times. There is only one single shower room which is accessible for a specific period of time and all 240 prisoners have to use this shower which runs cold water.
Gonabad Kavos Prison does not have any air conditioning or heating system and consequently winters are extremely cold and summers are very hot. In fact the only heating system is prisoners’ breaths during winter time.
In a telephone call a prisoner who introduced himself fictitious as “Ali” told HRANA reporter: “hygiene condition is critical in all wards of this prison and showers and toilets are extremely old and filthy.”
He also added: “support authorities don’t pay attention to prisoners’ problems and lack of a sympathetic support staff is deeply felt.”
Ali added: “Prison telephone services are often out of order and prisoners have only 3 minutes to speak on the phone per day.”
Ali also revealed: “Prison authorities and those prisoners working for them use every opportunity to beat other prisoners and they show no mercy in doing so.
With regards to sustenance, our food portions are very small and they use a small spatula to serve lunch to us. There is only one shop for all three halls and there are always long queues. We usually have to stand in the queue about 4 to 5 hours to buy necessary goods. At this prison, there are always several fights among prisoners – usually because of food portion and telephone- on daily basis.”
He concluded his conversation: “in the mornings all prisoners are forced to go for morning break and workout. If the chief of prison is not happy with the way prisoners workout, prisoners will be kept outside until noon.”

It is important to note that “Ahmad Karimi”, “Hadi ghaemi”, “Danial Babayani”, “Habibolah Beygzadeh” and “Nematolah Kami” are the five political and conscience prisoners at Gonbad-e Kavus Prison and identified by defending Human Rights Organisations so far.