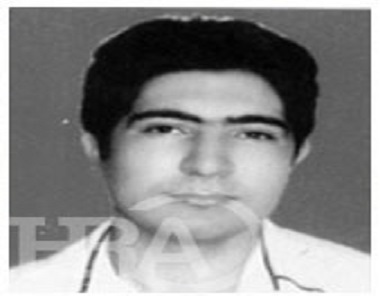 HRANA News Agency – Ahmad Tamouie, the political prisoner in Oroumiyeh prison who was beaten severely and transferred to confinement cell is deprived of medical treatment despite having serious injuries.
According to a report by Human Rights Activists News Agency (HRANA), this political prisoner on August 21 summoned by the security of the prison and because he denied to go there, he was beaten severely by the prison officers and has been transferred to confinement cell.
One of prisoners in the same ward who wants to remain anonymous told HRANA reporter “Ahmad Tamouie did not want to go to the security office of prison because they insult and threat the prisoners there, and because of this reason he was beaten severely by the officer by truncheon, his nose broken and his eye injured badly.”
“Ahmad Tamouie needs medical treatment urgently but the authorities kept him in handcuffs and shackles in confinement cell for 48 hours and till now nothing has been done in terms of medical treatment.”

0 thoughts on “No medical treatment for Ahmad Tamouie”