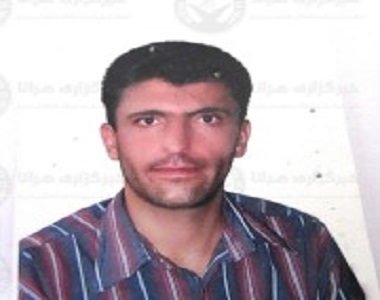 HRANA News Agency – Mahmood Soroosh who is a baker, has been sentenced to one year in prison for being active in social media.

According to the report of Human Rights Activists News Agency (HRANA), Mahmood Soroosh, the son of Mostafa, the resident and citizen from Khomain in Isfahan province was arrested in his workplace around June by security forces.

After his arrest, security forces investigated his house.

An informed source told HRANA’s reporter, “the intelligence service and security forces of Khomain rushed to Mahmood Soroosh’s house at 6am around June, because nobody was there, they used crowbar and other tools to break the locked doors. Besides, investigating the house and creating mess, they seized personal accessories and properties like personal computer, personal identity cards and even family photo album and personal diaries. As they could not find any information from the neighbors, they started to check the income and out phone calls to his cell phone. After they introduced themselves they started to threaten and ask for they cooperation. Finally they found him in his workplace in a bakery, arrested him and transferred him to Arak intelligence service office”.

Mahmood Soroosh was transferred to Khomain prison after 10 days and one week later he was released on bail.

He was charged with collusion against the regime in social media on court on September 1st. After some days, the sentence was submitted to him.

Mahmood Sorooshvand has 20 days to appeal.

This labor from Khomaini Shahr was previously sentenced to conditional 4 months in jail for another case, which in case of confirmation of this new sentence, he has to serve those 4 months too.