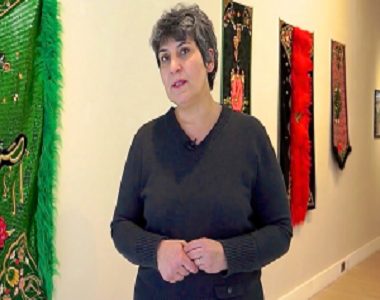 HRANA News Agency – Parastoo Forouhar, an artist living in Germany and a relative of the victims of “the chain murders”, was summoned to the Prosecution Office in Evin.
According to the report of Human Rights Activists News Agency in Iran (HRANA), Parastoo Forouhar, has been summoned to the second branch of “Shahid Moghadas” prosecution office in Evin Prison.
Parastoo Forouhar is the daughter of Parvaneh Eskandari and Dariush Forouhar. Her parents were leaders of Iran People Party (Hezbe Mellat) and victims of the “chain murders” in the fall of 1998.
It is noteworthy that Ms. Forouhar has been threatened every year on the anniversary of her parents’ murder by the security forces.