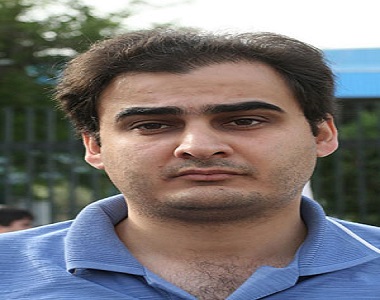 HRANA News Agency – The intelligence forces has arrested Peyman Aref in his house on 22nd April. They have also searched the whole house and confiscated his personal properties and threatened his wife.

According to a report by Human Rights Activists News Agency (HRANA), Monday evening the intelligence forces has rushed into Peyman Aref’s house arrested him and got some pf his personal properties including his laptop.

The agents had cut the internet connection of the house before and after transferring Peyman Aref to an unknown place called his wife, Samira Jamshidi, and threatened her and summoned her to answer some questions.

HRANA had reported already that Peyman Aref has been called to the section 1172 of Tehran court about the case that he has been charged with disturbing the public thoughts through an interview with the Kalame website.