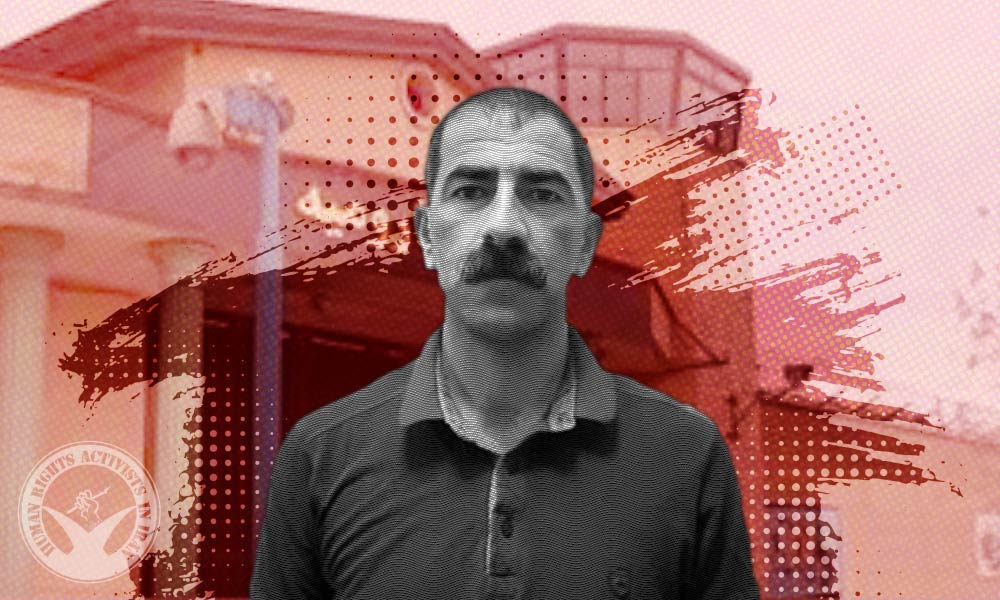 Despite his poor health and urgent need for treatment, political prisoner Nayeb Askari has been denied adequate medical treatment in Urmia Prison.

According to HRANA, the news agency of Human Rights Activists, an informed source told HRANA that “Askari collapsed following a seizure. The inmates called the healthcare and the prison officer but none of them has done anything. The health conditions of political prisoners have been exacerbated after their relocation to highly secured new ward on January 10. Inmates in this ward do not have direct access to prison healthcare”.

Askari suffers from kidney disease. On August 26, 2021, despite the prison doctor’s recommendation for hospitalization, prison officials refused to dispatch him to a hospital outside the prison. In protest, he went on hunger strike, which ended after a few days.

Askari was arrested by IRGC intelligence agents in Urmia in April and transferred to an IRGC detention centres. He was eventually transferred from the IRGC Intelligence Detention Center to the city prison in June, after completing the interrogation process. Askari has been charged with “collaborating with an opposition party”.

On July 12, 2021, a new case was opened against him following the complaint of the head of Urmia Prison. For this case, he was sentenced to three months more imprisonment and 50 lashes for the charge of “Disrupting prison order”.