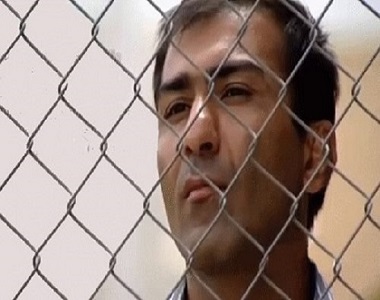 HRANA News Agency – Samkou Khelghati, the Kurdish prisoner of hall number 12 of Rajaei Shahr prison is transferred to solitary confinement.
According to the report of Human Rights Activists News Agency (HRANA), Samkou Khelghati, the Kurdish prisoner, who is been kept in hall number 12 of Rajaei Shahr prison was summoned for having visitors but he was transferred to solitary confinement of ward number 5 of the prison on January 30, 2014.
An informed source said to HRANA’s reporter: “The prison guards had had investigation in hall number 12 and Samkou Khelghati argued for repetitive investigation from his cell, on Saturday January 25. As a matter of fact he was summoned to guard’s room, in order to be transferred to solitary confinement but this faced political prisoner’s resistant and protest. On Thursday January 30, authorities called Samkou Khelghati, align with other prisoners for having visitors, but then transferred him to solitary confinement.”
The person who is behind all of these events is Mr. Bahraini. He who has transferred to Rajaei Shahr from Uremia prison very recently, restricted political prisoners, closed the library and ordered for resumption of spread electromagnetic static.
Samkou Khelghati was arrested in 2009 in Arak and transferred to ward 209 of Evin prison where he has been put under pressure to give a video recorded confession.
He is charged on cooperation with Kurdish Democratic Party and was sentenced to 15 years in prison.
Bahraini was previously the head of security of Uremia prison and many times has beaten political prisoners, including Ahmad Tamouyi which caused severe injury on his nose and teeth. The political prisoner’s complains in Uremia is the reason that he was sent to Rajaei Shahr prison. His treatment is always more harsh with Kurdish political prisoners.