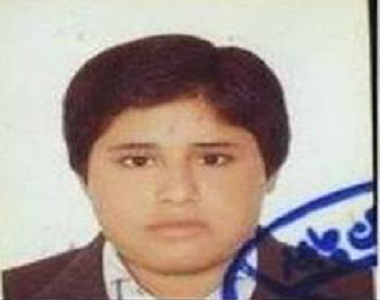 HRANA News Agency – Two Sunni prisoners from Iran’s Baloch minority were left injured after being beaten by other prisoners in an attack reportedly encouraged by prison guards in Ardabil Central Prison, northwestern Iran.

According to the report of Human Rights Activists News Agency (HRANA), the two men, Mohammad Sabir Malekraisi (pictured) and Amin Iranshahri, were hit and beaten by prisoners in a seemingly unprovoked attack that happened without warning. Both men were injured in the attack, with Amin Iranshahri suffering from a broken hand.

Relatives of the men said that the attack, which occurred at dawn on 13 July 2014, was carried out “at the instigation of prison guards and officials at Ardabil Central Prison.”

Mohammad Sabir Malekraisi was arrested at the age of 15 on 24 September 2009. He was held for more than a year in the Ministry of Intelligence detention center and Zahedan Central Prison, before being sentenced by the Revolutionary Court to 15 years imprisonment to be served in exile at Ardabil Central Prison.

The Ministry of Intelligence had previously wanted to arrest his older brother, who had left the country. Sources say that Mohammad was arrested simply because of his relation to his brother.

Officials from the Ministry of Intelligence had also repeatedly harassed Mohammad’s family, by threatening to have Mohammad sentenced to death if his brother did not return to the country to be arrested.