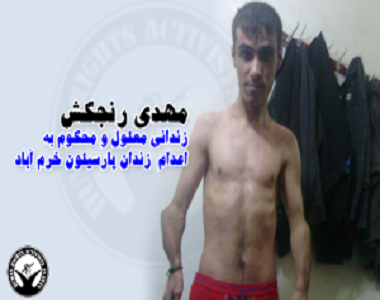 HRANA News Agency – The death sentence of a prisoner, who had been convicted for drug-related offenses, was executed in Khorramabad prison.

According to the report of Human Rights Activists News Agency in Iran (HRANA), Mehdi Ranjkesh who had been arrested in 2010, on charges of drug trafficking and was sentenced to death, was hanged at dawn on Saturday, 2nd January 2016.

Mr. Ranjkesh in a video that was recorded before being transferred to solitary confinement, referring to his physical and mental disabilities, had said that during this time he had been deprived of proper medical treatment and had requested for help to end the death penalty for drug-related offenses.