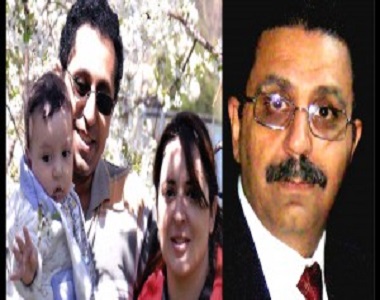 According to the report of Human Rights Activists News Agency in Iran (HRANA), all three are said to be in good health at present, Faran Hesami in Evin Prison in Tehran, and the Rahimiyan brothers in Raja’i Shahr prison.

Kamran Rahimiyan should be released in a few weeks, on August 22; Faran Hesami on April 7, 2016; and Keyvan Rahimiyan in August, 2017. Kamran and Keyvan have been denied any prison leave during their sentences, but Faran has been allowed leave twice, in November 2014 and March 2015.

Kamran and Faran have a son Artin who is in the care of his grandmother, Mrs. Rahimiyan (his grandfather was martyred for his Faith some years ago), and Artin will begin school on September 23, by which time his father should be free. Faran Hesami has applied for leave on that day, but thus far it has been denied.

She is able to meet her son and mother-in-law once a week, first for a few minutes in a visiting cubicle, when they can discuss Artin’s upbringing, and then face-to-face with her son in a room for mothers and children.