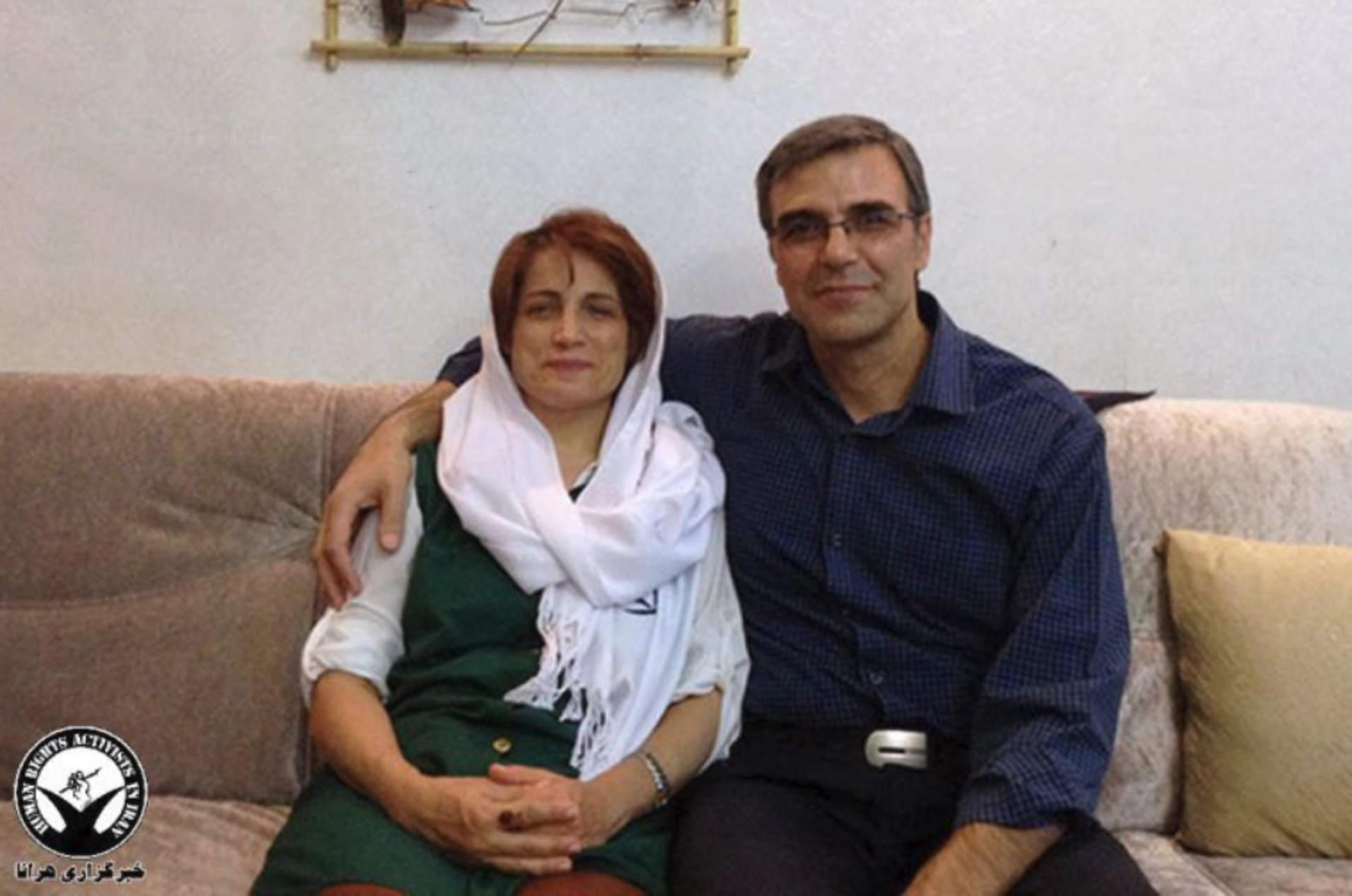 Human Rights Activists News Agency (HRANA)- In the face of the legal obligation to summon defendants a minimum of one week before their hearings, authorities summoned imprisoned civil rights activist Reza Khandan Friday, October 5th for a hearing in Revolutionary Court Branch 15 the very next day.

Khandan, who is married to imprisoned civil rights activist and lawyer Nasrin Sotoudeh, said he refused to respond to the unlawful summons. “Almost all prisoners are sent to the court in this manner. Some of them even attend court without a defense lawyer, because they can’t contact one on such a limited time frame.”

In a note yesterday, Khandan’s lawyer Mohammad Moghimi wrote that his client was within his right not to show up, as provisioned in Section 343 of Criminal Procedure Code. “[…] Such a trial is illegitimate,” Moghimi said.

Khandan was arrested by security forces in his home on Tuesday, September 4th after ignoring a September 3rd summons unlawfully issued by phone. He was charged at Branch 7 of the Evin prosecutor’s office and sent to prison the same day.

On September 22, 2018, HRANA reported on the referral of Reza Khandan’s case from Revolutionary Court to Evin Court in order to resolve deficiencies in his case file.

According to HRANA reports, Ministry of Intelligence security forces searched the homes of Mohammadreza (Davoud) Farhadpour, Jila Karamzadeh Makvandi, and Khandan’s sister on Saturday, August 18th. The forces reportedly confiscated pin-back buttons reading “I am against forced veiling” along with letters that Sotoudeh had written to Khandan from prison.