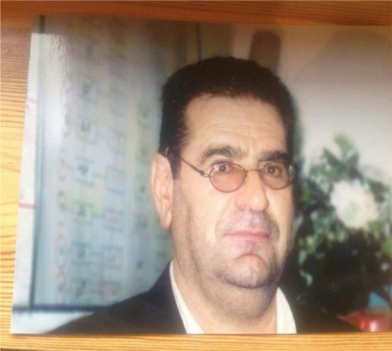 Sadra Agooshi the daughter of Mohammad Amin Agooshi the political prisoner in Zahedan central prison informed HRANA in a call that “Since 14 days ago we have no news from my father and because of the long distance with Zahedan we are unable to find out any new information of my father’s condition.”

She mentioned that she called prison authorities many times and no one answered her and said “I told them you are talking about human rights always then why you violate our rights? Today my father is in hunger-strike for 14th day, he has not contacted us and we do not know that even is he still alive?”

Sadra Agooshi explained to HRANA how they have been informed about her father hunger-strike that “One of my father’s cellmates -Anonymous name- told my sister in a call and said that since a few days ago they have no news from my father.”

Mohammad Amin Agooshi who is from Piranshahr was arrested in 2007 with Iraj Mohammadi and Ahmad Pouladkhani on charge of espionage for Kurdistan Regional Government -KRG- and enmity against God through the subversive groups.

He was transferred to Oroumiyeh prison after more than seven months of being in confinement cell and was sentenced to death by fusillade in the branch 2 of military court -Judiciary department of army- .

The issued verdict confirmed by branch 31 of supreme court but the dossier opened again and processed once again in branch 1 of military court, then he and the other two accused ones were sentenced to 10 years imprisonment and exile to Zahedan prison.

0 thoughts on “Sadra Agushi: “We do not know if my dad is dead or alive.””