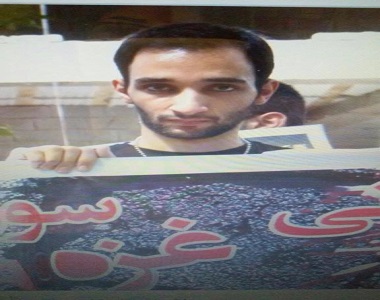 HRANA News Agency – Saeed Hossainzadeh, civil society activists in Evin Prison, ended his hunger strike on 12 march after 20 days.
According to the report of Human Rights Activists News Agency in Iran (HRANA), by the request of civil rights activists and the prosecutor’s promise to send him to furlough, the civil rights activist ended his hunger strike at 8 o’clock on 12 march.
He had declared a hunger strike in protest at ignoring his condition since February 19.
The civil rights activist who had declared a hunger strike in protest at keeping him in prison, had written in a letter that he was suffering from various diseases such as rheumatism, shortness of breath, heart problems and infection and bleeding in the stomach by which he had been affected during the detention and imprisonment.
He also said that the “sabotage and unusual behavior” had been done during the transfer to the hospital which led to deterioration in his health condition.
Saeed Hossainzadeh was transferred to Imam Khomaini hospital on February 16 and the doctors had confirmed that the rheumatoid arthritis had spread to his heart and he needed to continue the treatment and could not tolerate punishment.
Previously, forensic of Evin prison had also confirmed the civil activist’s intolerance of punishment.
Saeed Hossainzadeh was arrested in autumn 2015 in his house by the revolutionary guards and was transferred to the solitary confinement of ward 2-A in Evin prison.
He was charged with propaganda against the regime in branch number 28 of the revolutionary court by judge Moghiseh and sentenced to 7 years in prison. This sentence was confirmed by judge Zargar in branch number 36 of the appeal court. This is while the accumulation of these two charges could not be more than 4 years.
Saeed Hossainzadeh is currently serving the second year of his sentence in ward number 7 of Evin prison.