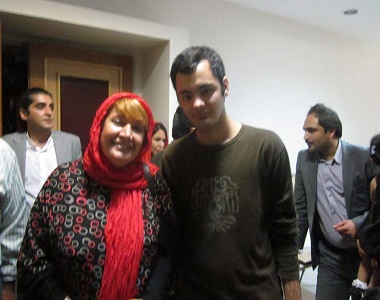 According to the report of Human Rights Activists News Agency in Iran (HRANA), Saeid Jafari has been summoned by the branch 3 of Gonbad Kawoos court.

According to the information contained in the summon letter, the reason is a complaint against him regarding insulting Iranian authorities.

On Tuesday 7th April, Saeid Jafari announced this news and wrote: “Now, a summon from revolutionary court on charges of insulting the regime’s authorities, I am going to attend, I was thinking to escape, but just for Arash Sadeghi, Majid and Atena Farghdani I keep my word, and I am ready to be imprisoned for even 10 years, to honor a woman, Atena, I am going to attend the court even with my operated leg.”

According to the information that we received, recently, Saeid Jafari, had a surgery on his leg and he is recovering from surgery.