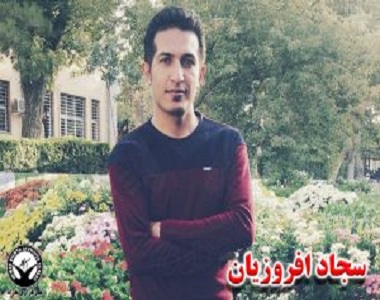 HRANA News Agency – Sajjad Afrozian was released on the bail from the prison of Maragheh, until the trial. It is also reported that a bail of 3 billion IRR has been set for Mehdi Kokhian, other civil activist detained in this prison.
According to the report of Human Rights Activist News Agency in Iran (HRANA), Sajjad Afrozian, Turkish activist from Malakan, was released from Maragheh prison, by depositing a bail of 500 million IRR, on January 29.
Concurrently, the detention order for Mehdi Kokhian, other civil activist in this prison, who has been detained since December 19, 2016, was converted to a bail of 3 billion IRR.
It should be mentioned that Sajjad Afrozian had been arrested with beating by the security forces, and was taken to an unknown location, on January 15, 2017.
It should be noted that the officers stormed Mr. Afrozian’s house and inspected it abusively and violently, while refusing to provide any warrant, and caused residents’ fear and panic at home.
His mother who had objected to the conduct of officers, was beaten by them and was even threatened that if she would continue her protests, women officers would be sent to arrest her.
Security forces who were reported to be more than 10 officers, had been sent from Tabriz Intelligence Office, they also tried to arrest his brother “Fardin Afrozian”, but they were unsuccessful, because he was not at home.
Sajjad and Fardin, both have records of arrest.
It is also to say that Mehdi Kukhian and Karim Chaichian, two civilians from Malakan were arrested by security forces and taken to an unknown location. The officers searched their house and also seized their personal electronics and communication belongings, on December 19, 2016.
Mehdi Kokhian and Karim Chaichian had gone on hunger strike by sewing their lips since their transfer from Malekan Police to Maragheh prison on December 21, 2016 and were transferred to the quarantine ward in this prison.
Mr. Chaichian was later released on the bail but Mehdi Kokhian was transferred to Tabriz intelligence office.
The main reason for the arrests of these two was their activities in a Telegram channel called; “The city news of Malakan.”