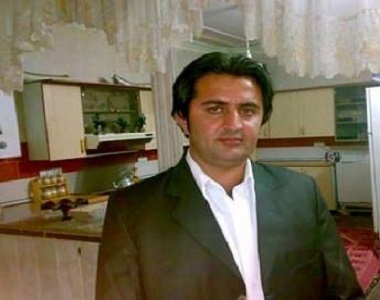 HRANA News Agency – Sakhi Rigi, Baluch blogger and political activist who has been exiled to Ahvaz Prison, is on the verge of his 9th year in prison. He has been sentenced to 20 years in prison on charge of spreading lies and acts against the national security in 2009. This sentence is one of the heaviest sentences that has been issued for bloggers in Iran.
According to the report of Human Rights Activists News Agency (HRANA), Sakhi Rigi was arrested on June 18, 2009 in Zahedan when he was 31 years old. He was tried with allegations like spreading lies and acting against the national security but the details of the court session have never been published. He was sentenced to 20 years in prison which is one the heaviest sentences that has been issued in Iran for bloggers.
Sakhi Rigi also reported about Baluch prisoners in his blog.
He was a member of Commission for Publishing the Voice of Justice and also a member of Mir Hossain Mousavi’s presidential campaign in 2009.
After being arrested, he was exiled to Ahvaz Prison and has been kept there in a very bad condition ever since.
When Karoon Prison was closed, this civil rights activist was transferred to one the prisons out of city and there is no information about him.
Civil rights and human rights activists stated that this arrest and heavy sentence is due to the family name similarity with Abdul Malik Rigi – executed leader of Jondollah group – and allegations were irrelevant to the activities of this prisoner.
Mohammad Marzieh, general and revolutionary prosecutor of Zahedan stated in an interview with IRNA that “Sakhi Rigi, known as Saeid Baluch has been sentenced to prison in exile on charge of cyber activities for advocacy and helping in progression of terrorist group of Adbul Malik Rigi”.
Zahedan prosecutor has also said that, “This person had published a lot of articles in his blog before the execution of Ibrahim Mehrnahad, known as Yaghoub Mehrnahad, in order to disturb the public opinion”.
Need to be mentioned, Yaghoub Mehrnahad, journalist and civil rights activist, was executed in August 2008, on charge of cooperation with Jondollah group through writing in his blog.