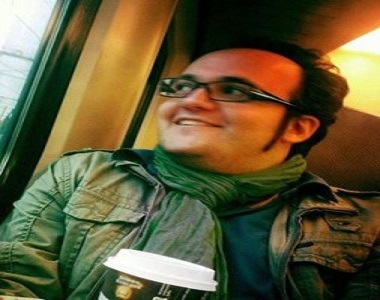 HRANA News Agency – Samad Khatibi, artist and filmmaker, was arrested and taken to Evin prison to serve his sentence of imprisonment.
According to the report of Human Rights Activists News Agency in Iran (HRANA), in late November, Samad Khatibi, was arrested in International Airport of Tehran, “Imam Khomeini”, after entering the country for some explanations.
The family of this filmmaker, at the request of the institution that arrested him, had refused to disclose the news of his arrest and still there is no information about his sentence.
Samad Khatibi is a postgraduate of Azad University in Industrial Design and MA from the University of Technology, Netherlands. During the recent presidential election in Iran, he was an activist in Hassan Rohani’s campaign.