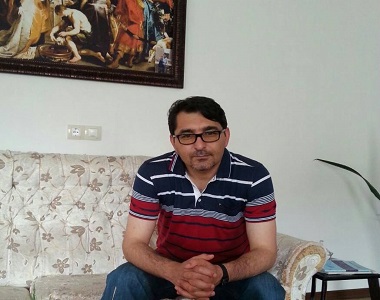 HRANA News Agency – Shahram Radmehr was released from Tabriz prison.
It’s not sure if he was released on parole or for furlough.
According to the report of Human Rights Activists News Agency (HRANA), shahram Radmehr from Tabriz was released on Thursday July 14.
It should be noted that Mr. Radmehr along with Mahmoud Fazli, Ayat (Yoorosh) Mehr Ali Beygloo, Latif Hassani and Behbood Golizadeh were convicted to 9 years imprisonment on charges of forming an illegal group and propaganda against the Islamic Republic of Iran in the third branch of the revolutionary court of Tabriz in 2013.
This sentence was confirmed by judge Amini of branch 6 of court of appeal of East Azerbaijan province.