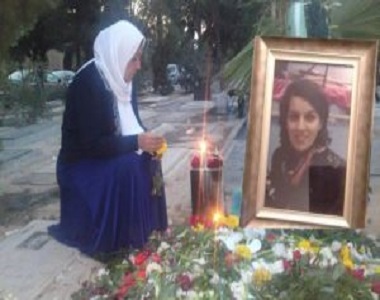 HRANA News Agency – On November 14, 2016, Sholeh Pakravan, mother of Reyhaneh Jabbari, the prisoner who had been executed, was arrested following commemoration of the anniversary of the execution of her daughter and summoned to the Intelligence Ministry.

According to the report of Human Rights Activists News Agency in Iran (HRANA), on November 14, 2016, Sholeh Pakravan, mother of Reyhaneh Jabari was summoned to the Intelligence Ministry by phone.

It is worth noting, on October 20, Security Police and plainclothes agents violently prevented her from carrying out the anniversary of Reyhaneh Jabbari’s execution on her tomb and Ms. Pakravan and some of the participants were arrested for several hours.