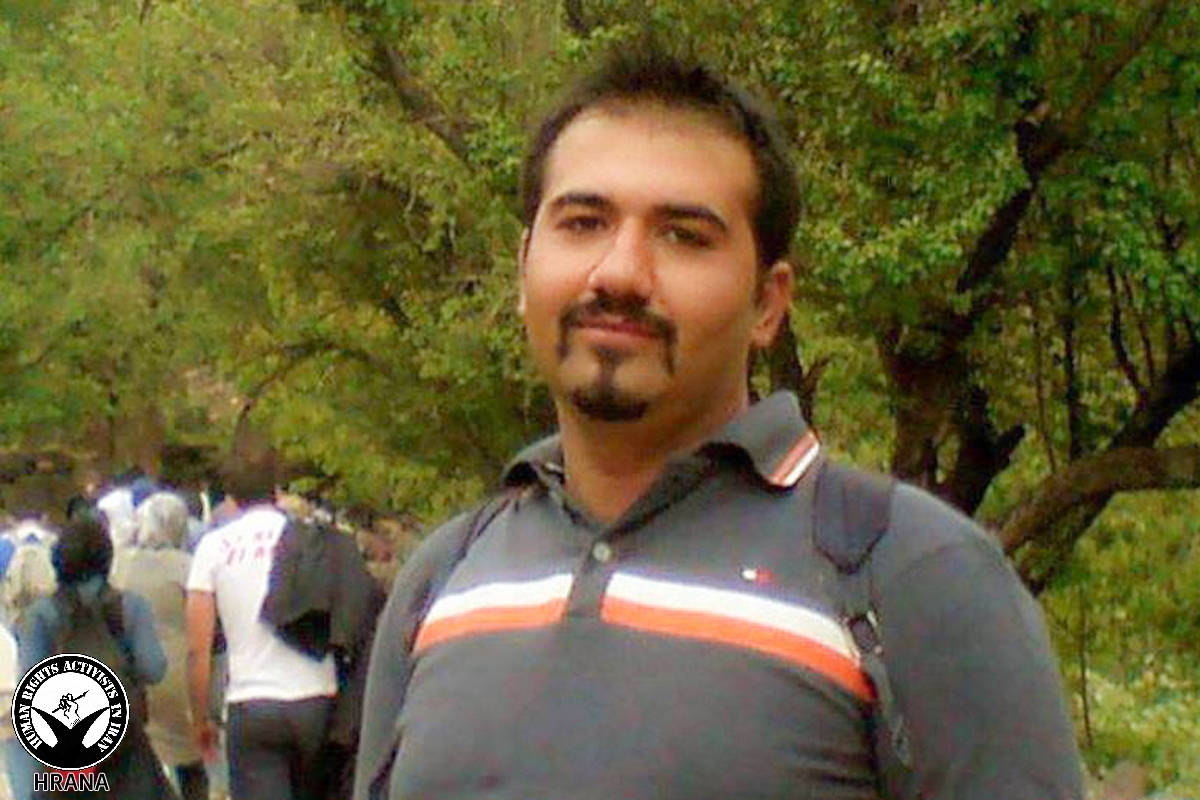 Human Rights Activist News Agency (HRANA) – Pursuant to a new case brought against him by Judge Ahmadzadeh of Tehran Revolutionary Court Branch 26, Soheil Arabi, a prisoner of conscience in Great Tehran Penitentiary, was sentenced September 22nd to three years in prison, three years in exile, and a fine of approximately 40 million IRR [approximately $400 USD] on charges of “propaganda against the regime” and “disturbing the public mind.” His lawyer did not learn of the verdict until eight days later.

A source close to Arabi told HRANA that the courts pursued new charges against him because of voicemail messages he left from prison; in one of these, he reportedly compared the Great Tehran Penitentiary to a torture chamber.

Arabi’s mother Farangis Mazloum told HRANA, “When I went to Great Tehran Penitentiary to see Soheil this morning, prison authorities told me that they had taken my son to court and that he is banned from having visitors,” she said.

Soheil Arabi, a 33-year-old photographer, was arrested by Sarallah-based agents of the Islamic Revolutionary Guards Corps (IRGC) on November 7, 2013, for comments he had posted on his Facebook page. Judge Siamak Modir Khorasani cited the Facebook posts as evidence of “insulting the prophet” — a charge that can incur capital punishment — in Branch 76 of Tehran’s Criminal Court.

Arabi’s lawyers subsequently appealed to Branch 36 of Supreme Court, pleading Article 263 of the Islamic Penal Code. While Article 262 recommends the death sentence for those who insult the prophet, Article 263 reduces the death sentence to 74 lashes for defendants whose statements “have been under coercion or mistake, or in a state of drunkenness, or anger or slip of the tongue, or without paying attention to the meaning of the words, or quoting someone else…”.

Unmoved by the Article-263 argument, the Supreme Court upheld the death sentence, unlawfully adding to his case file the charge of “corruption on earth.”

A retrial request was later accepted in Supreme Court Branch 34, which acquitted him of “insulting the prophet” and commuted his death sentence to seven and a half years’ imprisonment, plus a two-year travel ban and two years of religious probation to evaluate his repentance upon his release.

Arabi had not seen the end of his legal troubles, however — in 2014, Branch 10 of Iran’s Court for Government Employees would sentence him to a 5 million IRR fine [approximately $50 USD] and 30 lashings for insulting the following three people with his Facebook posts: Ayatollah Ahmad Jannati, Gholamali Haddad Adel, and the Director of Allameh Tabatabai University. That same year, Judge Abolghassem Salavati of Revolutionary Court Branch 15 would sentence him to three years in prison for “insulting Ali Khamenei, Supreme Leader of the Islamic Republic” and “propaganda against the regime.” Branch 54 of Appeals Court upheld the latter sentence a short time later.

Arabi has been in prison without furlough since November 7, 2013.